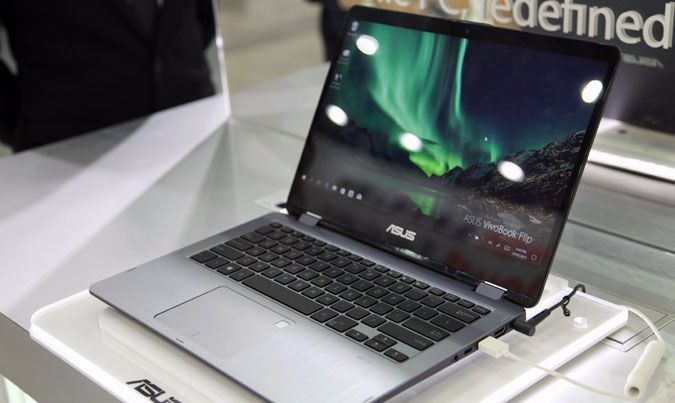 So I Bought Another Laptop

So, I bought a second laptop. And no, my first one isn’t broken. It is still in a good condition and still works really well. I bought another expensive laptop of around $400 from Best Buy (others cost around $800), the Asus VivoBook Flip, because I needed a stronger laptop that could handle all the open browser tabs I need when working.

Yes, I bought it for work. It’s the main reason I even purchased it in the first place. That, and so I could watch all the movies and anime I could in better resolution. It wasn’t easy either. Buying something worth $400 is NOT easy for someone like me when I could barely afford to pay for food sometimes.

However, it was a necessity and so I could keep working and earning money properly. It was needed so I bought it after saving money for a couple of months.

I chose Asus because it’s a laptop mostly used for gaming, although you wouldn’t find it in a list of best gaming laptops. I chose it because I knew it was capable of handling heavy duty stuff. My own laptop is okay but sometimes it shuts down when I have way too many tabs opened or when the apps are running. See, while my old one can still work, it still is very old already and therefore could barely handle the type of performance I need.

Now, I could work without having to worry about the laptop shutting down all of a sudden.

It wouldn’t overheat and it’s faster than I anticipated.

The fact that it flips all the way back is an added bonus too, so I wouldn’t have to worry about accidentally pushing it back too much and fearing it would snap off.

The style as well. I like how thin and sleek it is. The audiovisuals and light touch response is amazing, where areas my old laptop’s touch pad goes crazy at random times where it would force me to use the keyboard rather than the mouse. I rate it a ten out of ten.

Ah, yes. The number one consequence for this would definitely be the money. Now I have to literally live off of instant noodles for the next month if I want to survive.

For those struggling with money the way I am, you know that budgeting needs to be taken seriously. The bills don’t pay themselves and we sadly can’t live off of eating paper. We need the right sustenance to live. You know, as long as you have an absurd supply of eggs and potatoes, I think you’ll be fine. Know how to weasel some money off of friends if you’re desperate. Just make sure to promise to pay them back. Or, better yet, emphasize (rather pitifully just to be sure) that you need it as charity rather than as a loan. That way, you don’t have to worry about paying back.