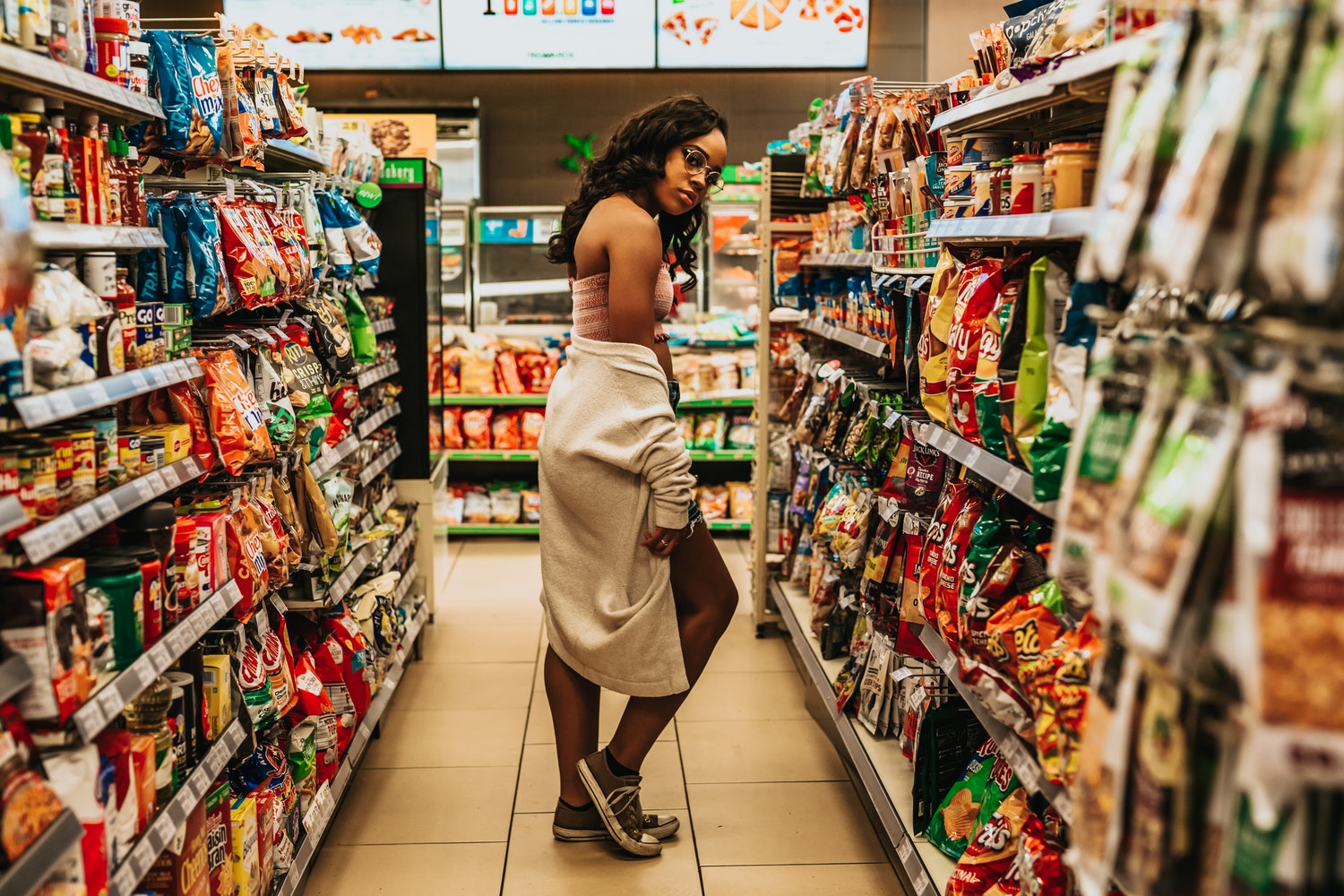 I wrote that last post because I wanted you to get the overall sense that I’m just not that into food. I don’t know if that came through or not. Either way, I think there’s actually a lot more to it psychologically and even physically (I think something is up with my sense of taste), but I’m really having trouble unpacking it. I don’t know how to write about it.

Essentially, I thought it you might be surprised to learn that while I don’t care much about food, I love to go grocery shopping. Mostly, I love grocery stores.

A couple of years ago, when I first moved out on my own after college, I used to go grocery shopping every Sunday night. I’d go late, when most people were in bed and the late-shift workers were restocking the shelves from pallets of boxes that filled the aisles. I’d walk up and down almost every aisle, just looking, taking it all in. Absorbing the colors, images, shapes and sizes. Grocery stores are like the epitome of organization. I can appreciate some good organization.

It would end up taking me about an hour and I’d only pick up a half dozen items or so, but it was one of my favorite parts of the week. Just a time to decompress the week that was and gear up for the week ahead.

Somewhere along the line I lost that…and I miss it. It ’s probably because I shop at Super Target now (which doesn’t quite feel like a grocery story and isn’t open late enough for the crowds to ever die down, but it’s so very close to home).

All this to say that I got groceries tonight. Traffic was terrible on my way home, but I knew I was out of my essentials for lunches, so I stopped by Target. After the long day at work, I was ready to get in and get out, so I just picked up what I needed and was out of there in 10 minutes. I ended up spending $33.34 on nothing special; some bread, milk, broccoli, carrots, apples, cereal….that kind of basic stuff. My one exotic (so-not really exotic!) purchase was a box of Thai noodles where you just add water and microwave it. I had it for dinner tonight. It wasn’t great…it wasn’t terrible. I feel like I would say that about 85% of all the food I eat.

After writing this post, I’m thinking I would really like to give my old grocery routine a try. I really do miss it. I wonder how it will affect my spending. Currently, I grocery shop whenever I need to, so it could be once a week or once every three weeks depending on a variety of factors including how much I eat out and how much food I eat at home.

One obvious problem I foresee is that I don’t currently know exactly what I spend on food per month. So it might be hard to compare, but whatever, I’ll just keep you posted on what happens.

Published in Food and Personal